Divest now and keep fossil fuels where they belong – in the ground! 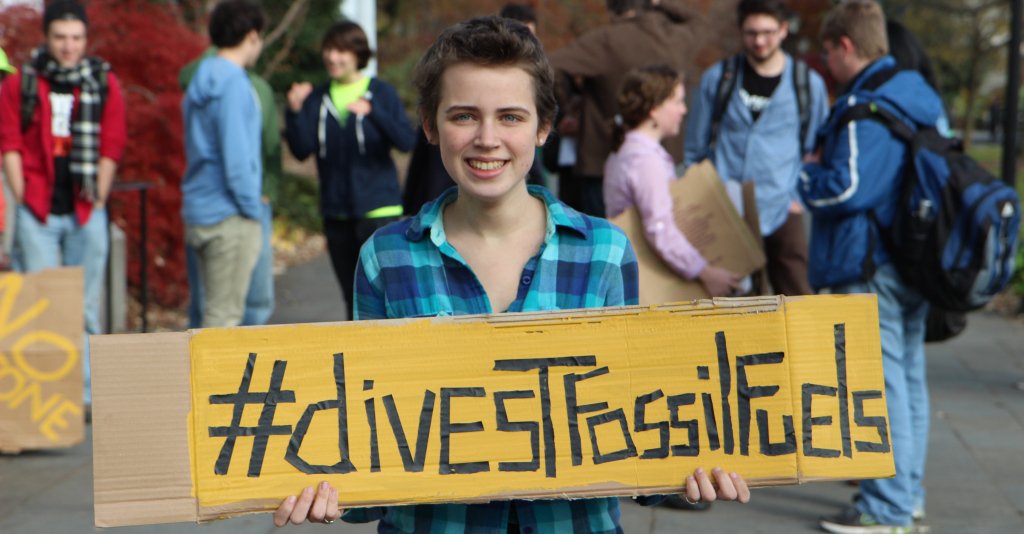 The divestment movement is really starting to gain some traction in the US with commitments from hundreds of universities, colleges, towns, cities and religious institutions through out the nation.

Organizations such as 350.org and GoFossilFree.org are working hard to encourage large institutions to look at where they have their money invested and which companies are benefiting from these investments.

There are about 200 publicly traded companies that hold the world’s known coal, oil and gas reserves and these are the companies that the divestment campaign wants to target.

And why is this an important and effective move? Because it is essential that we don’t continue to burn fossil fuels. According to GoFossilFree.org “Fossil fuel corporations have 5 times more oil and coal and gas in known reserves than climate scientists think is safe to burn. We have to keep 80% of their fossil fuels underground to keep the earth in livable shape.”