Do I need Batteries with my Solar PV System? 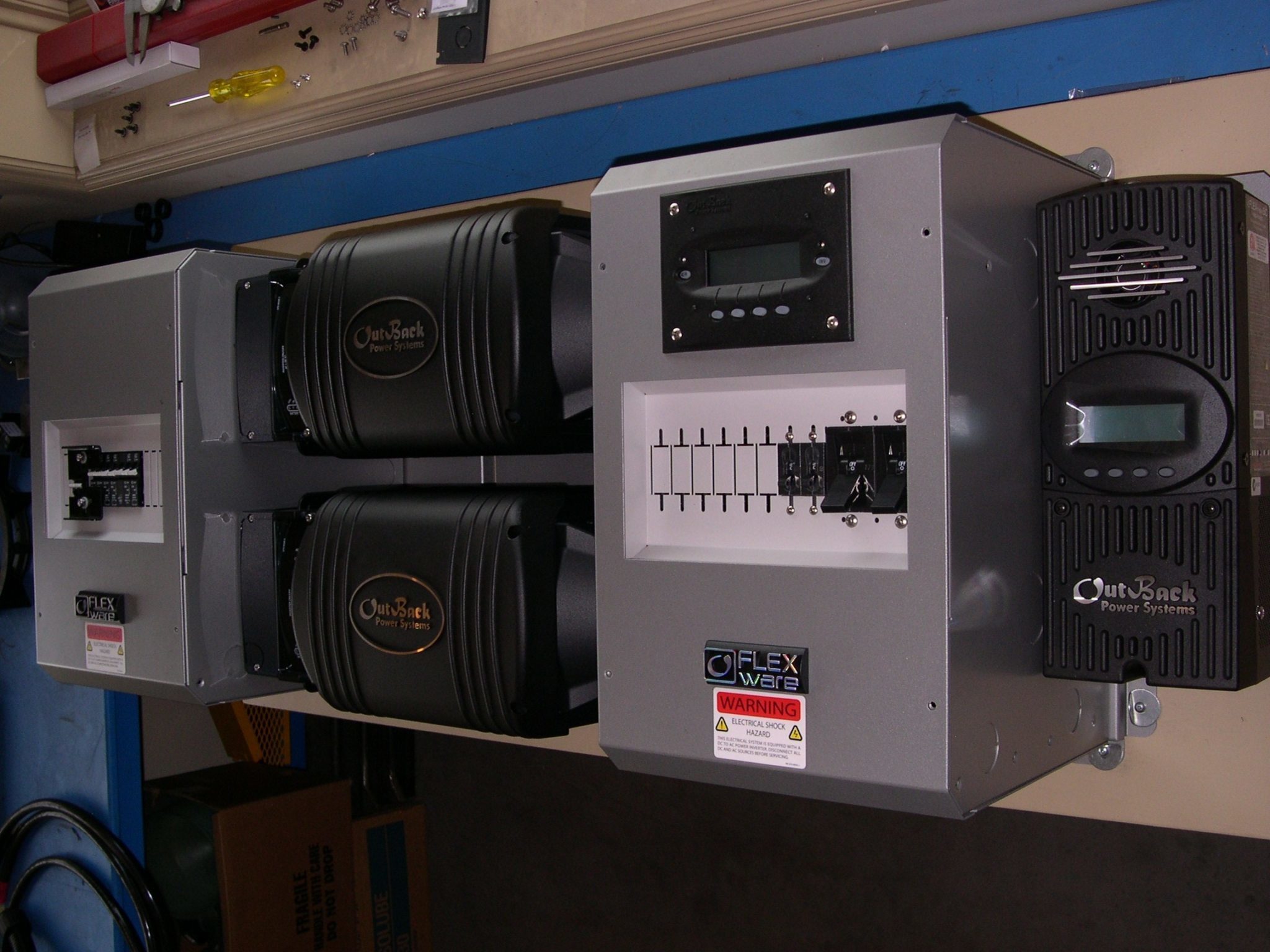 The vast majority of residential solar electric installations happen in locations where the utility grid is readily accessible and no battery storage is required. However, more and more grid connected homeowners are considering a battery back up option for their Photovoltaic (PV) system.

Sunsense has recently installed three photovoltaic systems that are equipped with battery backup. In normal operation this type of PV system functions similarly to any grid direct PV system where the energy generated by the solar modules is converted from direct current to alternating current at the inverter, and this energy is fed directly into the grid. Systems with battery backup still maintain the same net metering relationship with the utility where they are credited for the power that they are generating, but also have the ability to run off the batteries in the event of a grid failure. Though most utility grids are very reliable, the battery backup option provides the owner with the assurance that they can power critical loads in the absence of the grid.

We have selected three different balance of systems packages for these projects. SMA manufactures the Sunny Island system that allows for AC coupling. This system allows for the input of many different sources of power including wind, solar, hydroelectric and generator power. This flexibility allows for the owner to take advantage of any renewable resource available at their site. The other balance of systems package we have used is Schneider Electric’s XW system that allows AC coupling as well. The third balance of systems package that we selected was the Outback Power Systems GTFX series. This system is a backup system that allows for the grid interconnection, and generator backup capabilities. In all cases, we chose Decka Unigy II battery banks. These sealed lead acid batteries are commonly used in telecom sites to backup signal repeaters and cell towers, and have a significant lifespan, depth of discharge, and are completely maintenance free.

Another interesting development in the backup power offerings by SMA is their new TL series of inverters with a remote power supply. These inverters range in power output from 3000 to 6000 watts AC. They are equipped with a switched outlet that can provide a limed amount of power to critical loads in the event of a grid failure without the use of batteries.

Batteries add a significant cost to a PV system, but add the assurance and comfort of never losing power. The SMA TL inverters also provide this assurance, but are limited to the power that the PV array is producing during the daylight hours.

Sunsense strives to evaluate the goals and needs for all of our client’s and look forward to working with you on your next custom PV project.

Let us help you reach your clean energy goals:
Contact a Sunsense consultant at 970 963-1420 or sunsense@sunsensesolar.com