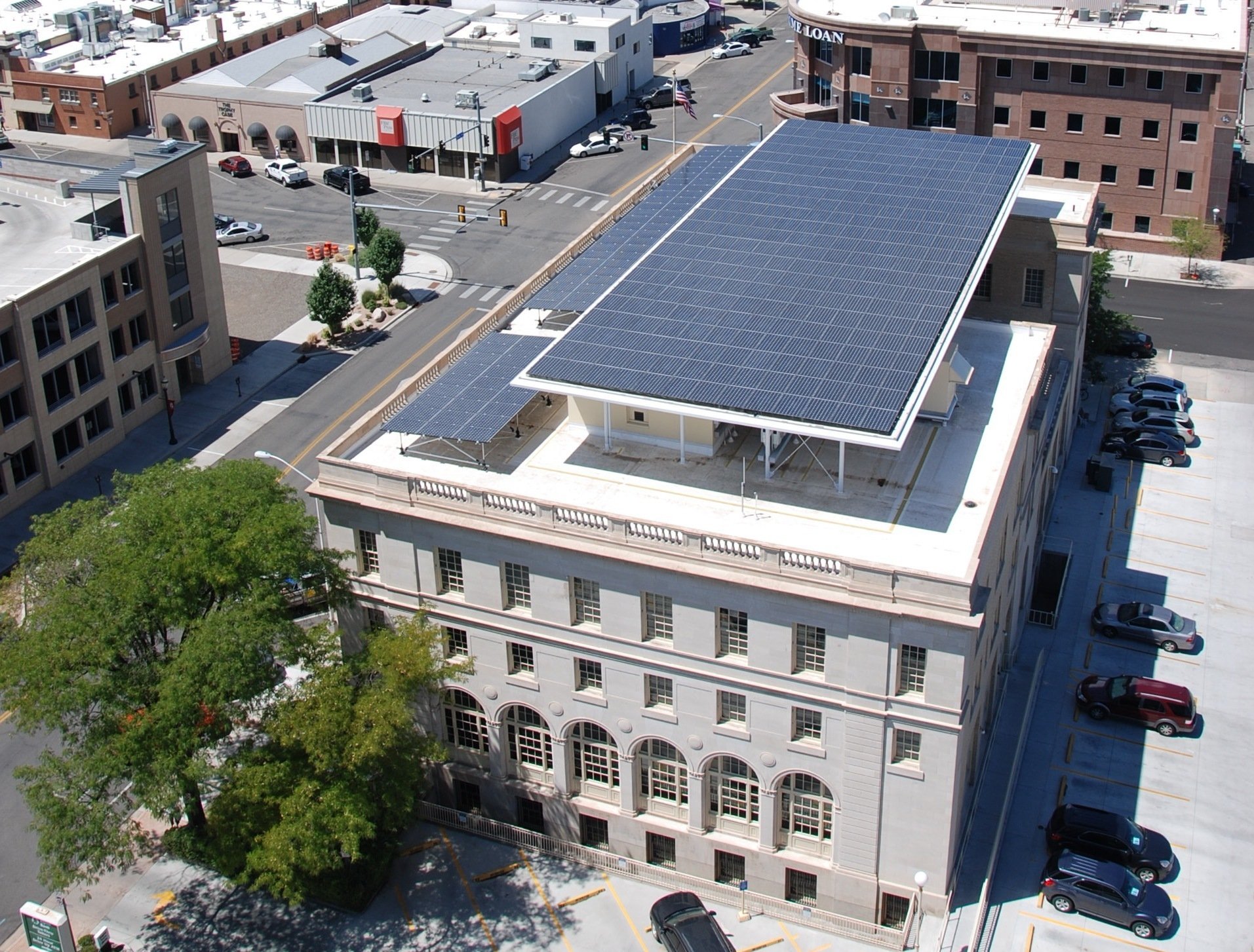 CARBONDALE, Colo., March 18, 2014 – Sunsense, a Colorado-based solar installer and SunPower Premier Dealer, today announced that it has received the national SunPower “Intelegant Award for Excellence” for a 123-kilowatt solar photovoltaic project installed on the roof of the Wayne N. Aspinall Federal Building and U.S. Courthouse in Grand Junction, Colo., in 2013.

The SunPower Intelegant Award recognizes residential and commercial dealer installations that exemplify SunPower’s commitment to excellence in aesthetics, quality, workmanship and customer satisfaction. This is an annual award open to the nearly 400 SunPower dealer partners throughout the United States. Sunsense received the 2010 Residential Intelegant Award and has now been honored with the prestigious 2013 Commercial Intelegant Award.

On winning, Sunsense President and Owner Scott Ely said, “We feel honored to have won this award and we are proud to have been a partner with the General Services Administration (GSA), The Beck Group and SunPower to provide a high profile project with a high quality solution.”

When approached with the opportunity to design a solar power system as part of the Wayne N. Aspinall Federal Building and U.S. Courthouse modernization project, the design team at Sunsense saw only one solution to ensure maximum energy production despite the limited roof area and a newly constructed canopy. SunPower E Series solar panels with efficiencies of 20 percent were the perfect fit. Sunsense worked closely with SunPower engineers to craft a design that met both the building’s net-zero production targets as well as its very strict aesthetic requirements.

Funded by the American Recovery and Reinvestment Act, the Wayne N. Aspinall Federal Building and U.S. Courthouse modernization project not only preserved an iconic landmark in the state’s Grand Junction community, but also converted it into one of the most energy efficient and sustainable historic buildings in the country. The building carries a LEED Platinum certification and is the first site net-zero energy building listed on the National Register of Historic Places.

“The knowledge, experience, creativity, professionalism and patience this team brought to the table was a major factor in the success of the Aspinall Project,” said Jim Fredenburg, assistant project manager with The Beck Group.

Established in 1990, Sunsense is an Engineering, Procurement and Construction (EPC) contractor covering all of Colo. and adjoining states. Sunsense has rapidly grown into one of the premier solar electric design and installation companies in Colo., working in both the commercial and utility markets. Sunsense has also designed and installed several community solar gardens.