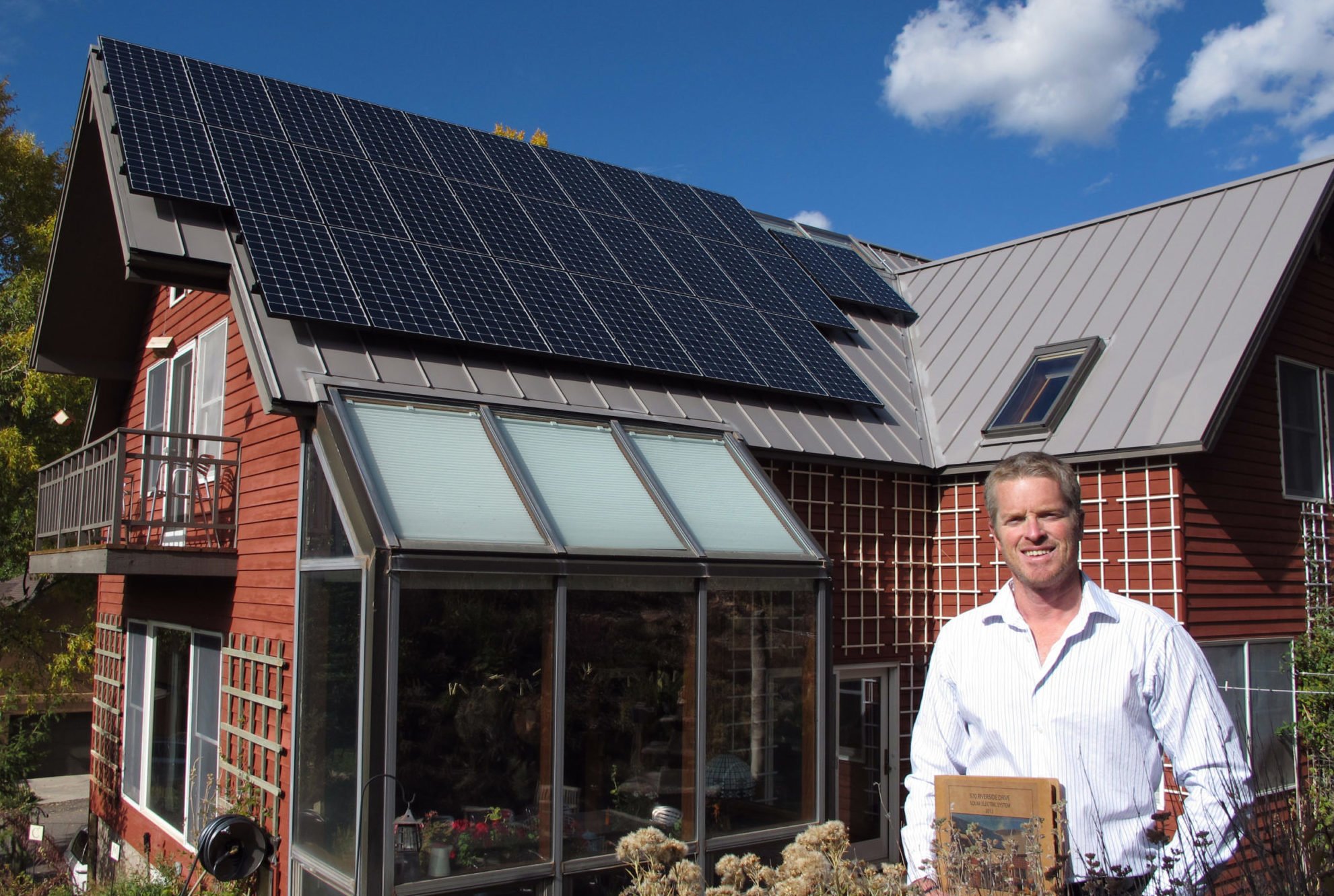 What is solar energy?

Solar energy is radiant light and heat from the sun that is harnessed using an array of various technologies, including photovoltaic (PV) cells aka solar panels. The photovoltaic process is the direct conversion of sunlight into electricity using semiconducting materials. A solar cell is a type of semiconductor. The most common type of silicon solar cells are comprised of 2 types of silicon wafers overlaying each other. When the solar cell is exposed to light, positively and negatively charged particles (positive holes and electrons) are generated. The negatively charged particles are attracted to n-type silicon and the positively charged particles are attracted to p-type silicon. As a result, when a light bulb or other electrically powered device is connected to the electrodes, the electrical current flows.

How does a solar panel system then convert solar energy?

Solar technologies are usually identified as either active solar or passive solar depending on how they convert sunlight into useful solar energy. An example of passive solar would be orienting a building to the sun or selecting materials with light-dispersing properties, while PV systems use active solar. PV solar panels absorb sunlight as a source of energy to generate electricity. A PV module is a packaged and connected assembly of typically 6×10 PV solar cells. 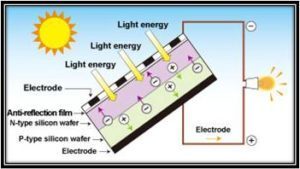 From solar’s start in the 1950’s to modern day solar farms.

In 1954, scientists at Bell Telephone discovered that silicon, an element found in sand, creates an electric charge when exposed to sunlight. The first ever silicon solar cell could convert sunlight at four percent efficiency, less than a quarter of what modern cells are capable of.

Modern day solar panels give us access to an inexhaustible source of power – the sun. The solar cells on your panel absorb the sun’s light throughout the day collecting that energy and turning it into direct current (DC) electricity. Then the DC electricity is passed through a device called an inverter that converts it into the alternating current (AC) electricity which is used by most homes and businesses. You can use this electricity in your home, store it with a solar battery, or even send it back to the grid.

Solar PV is unique because no fuel is used to drive a turbine; it has no moving parts and simply makes reliable electricity for generally more than twenty years. Solar PV emits no carbon and uses no water, and is an exceptional renewable energy source because is works at nearly every scale, from chargers for cell phones to large utility-scale designs.

If you are ready to consider solar and/or have any questions, contact a Sunsense consultant at 970-963-1420 or email Sunsense@SunsenseSolar.com

If you know of anyone who you think would like to go solar, fill out our Referral form. If the referral leads to a signed contract, you will receive $250! It pays to go solar!