The best way to predict the future is to help create it.

It sounds cliché, but Sunsense was born in a small, one-bedroom condo in Boulder, Colorado circa 1990. With previous experience in the solar industry and having completed a “solar retrofit” program at Colorado Mountain College, Scott Ely was determined to continue down the solar path. Now, 30 years later, Sunsense is widely recognized and respected as a leader in turn-key solar electric contracting in Western Colorado and beyond.

Left: Our Founder, Scott Ely inspects an off-grid system in the 1990s. Right: The past decade has seen solar electric leap forward significantly.

Solar electric systems in the 1990’s were focused almost exclusively on off grid systems. Cabins, RV’s, water pumping, telecom and many other applications utilized solar electricity to power loads directly or to store energy in batteries. Wherever utility power was unavailable, solar stepped in to provide a source of electricity. It was this backcountry opportunity that was the initial attraction for Scott and Sunsense.

As the public became more aware of solar electricity as an option, the advent of grid tied systems hit the mainstream. Essentially, anyone with utility power could now supplement their electric needs with solar. As one might expect, this created a boom in the market. And though simple residential systems were the primary target, solar electric power spread to municipalities, schools, civil infrastructure and commercial businesses. Sunsense followed suit by expanding staff and resources.

The past decade has seen the solar electric industry leap forward significantly. Utility scale solar farms are now not only supplementing electrical power generation, but are replacing outdated fossil fuel-fired power plants. Solar electric technologies have built credibility and are now being incorporated en masse. From the solar roots of the off grid market to the world’s largest corporations, solar electricity continues to proliferate. Sunsense plans to match this blossoming growth with an expanding, well-trained workforce and complementary resources.

Now comes the excitement of a new decade! This story has yet to be written, but with the acceleration of Climate Change, the role of renewables will need to expand at a break neck pace. Advancements in efficiency, the advantage of storage and the overall drop in costs will launch solar electric technologies and applications into a new world of clean, reliable energy production. Sunsense is positioned well for this inevitability and vows to lead in whatever fashion is necessary to secure a safe and better future for generations to come. The sun will rise and the Sunsense mantra will remain…”the best way to predict the future is to help create it”! 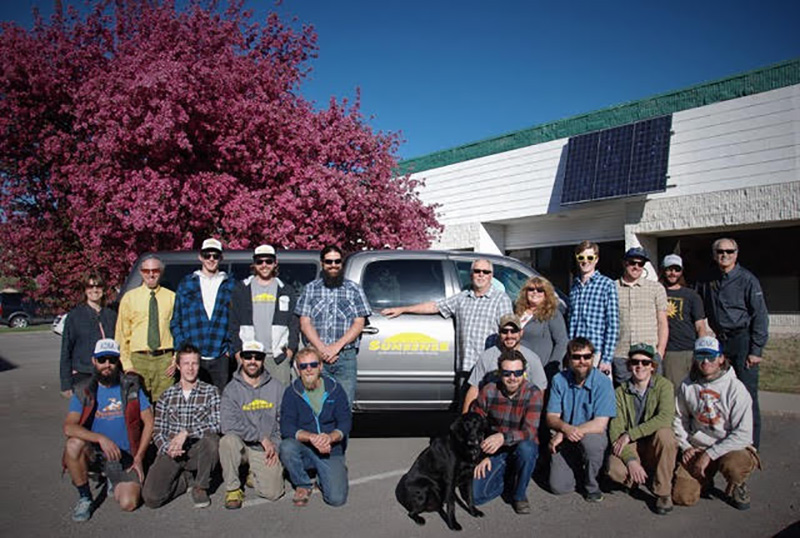